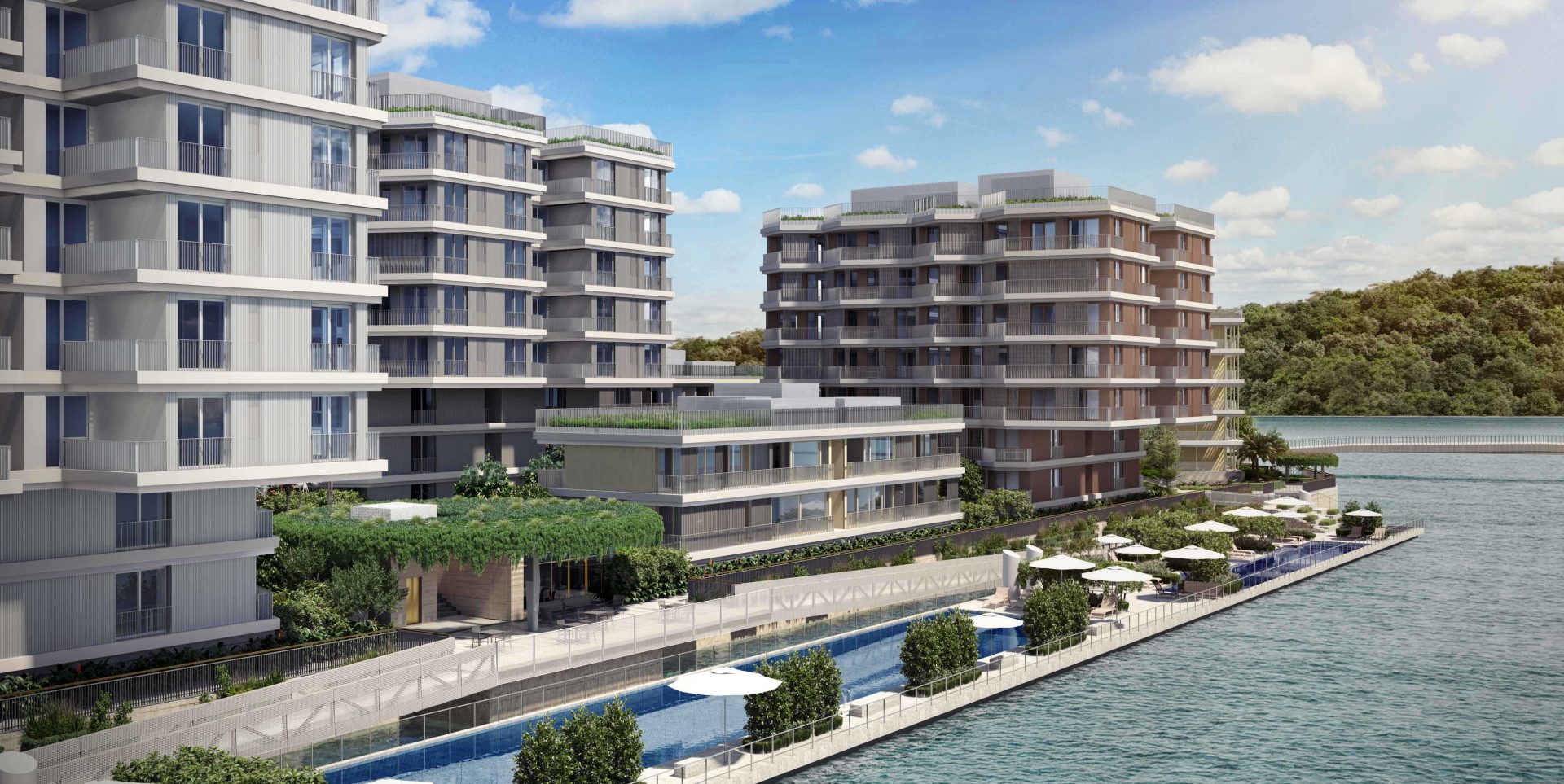 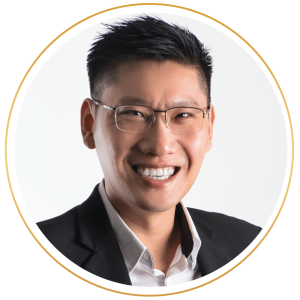 Among a sea of new launches, The Reef at King’s Dock is the only new launch in District 4 that is slated to release this year. It is a 99-year leasehold project which is expected to obtain its Temporary Occupation Permit (TOP) in 2025. The Reef at King’s Dock is a small-mid scale project with 429 units that is conveniently located just 700m away from Harbourfront MRT Station. 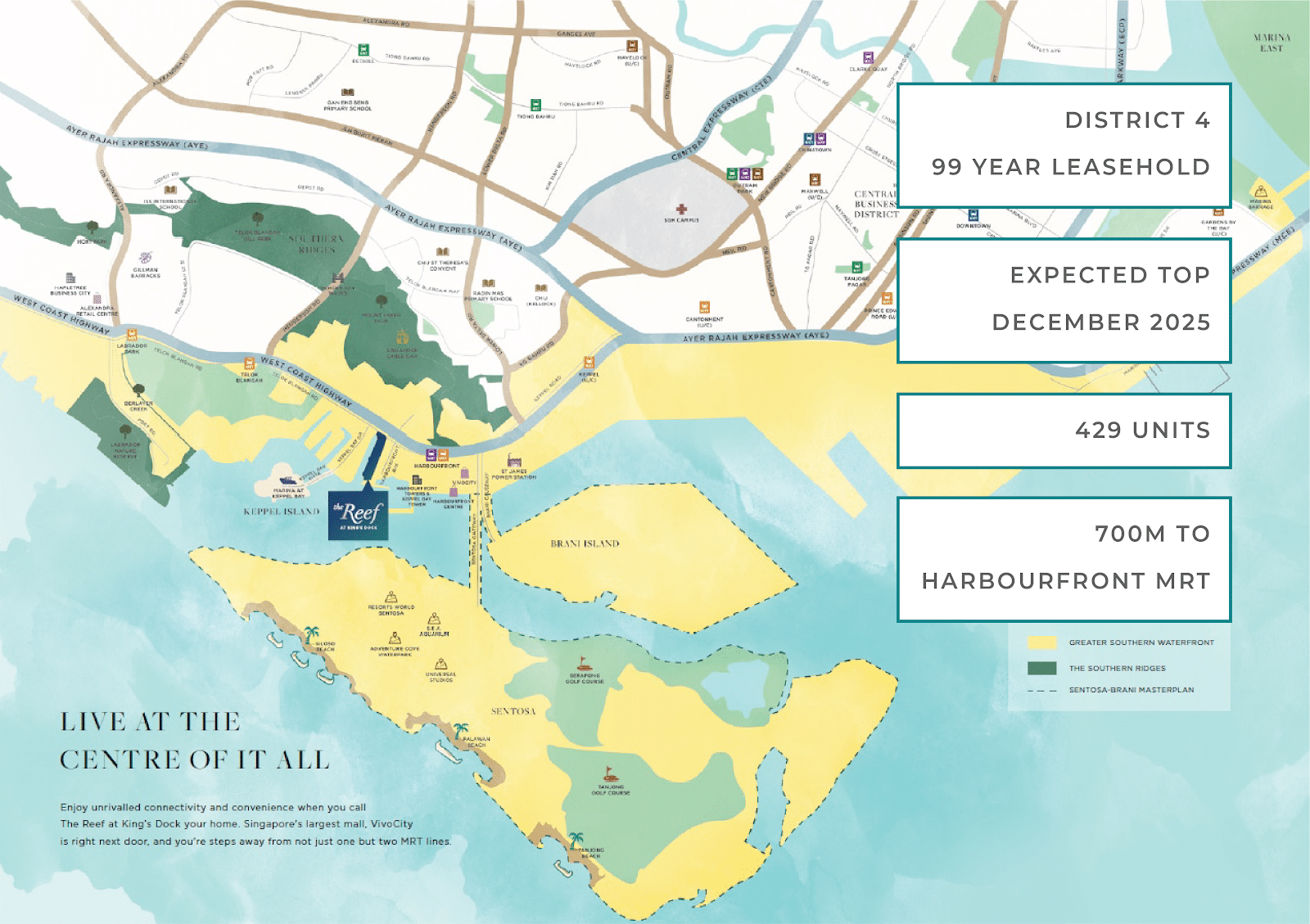 As seen from the breakdown of the units below, 1 Bedroom and 2 Bedroom units make up the bulk of the unit types. One thing to note is, from an investment standpoint, units with the study do not necessarily translate to a higher rental value. This is because the study usually comes in the form of additional space and not an enclosed room.

Breakdown of the units for The Reef At King’s Dock

To determine if it is worth paying for the seaside living experience, let’s dive deeper into the analysis of The Reef at King’s Dock using our 5 Criteria.

As an investor, one of the most important factors we look at before purchasing a property is whether there is any growth potential in the area. This is crucial as being located in a growth area increases the probability of generating capital appreciation from a property.

The Reef at King’s Dock is located in the heart of the Greater Southern Waterfront (GSW). This will mean that in the future, we can expect the development of more residential properties and commercial activities in the area. However, it may take the next 15 to 20 years or more for the vision of GSW to come to life.

In addition to GSW, another draw to the area is the development of Dyson’s new global headquarters. In November 2019, Dyson secured the historic St James Power Station with plans to expand its presence in Singapore. The site is scheduled to be ready in 2021. We can expect the creation of more jobs in the area and this will likely impact rental demand positively in the short term.

Since The Reef at King’s Dock is located beside Singapore Cruise Centre, it will be attractive for the well-travelled, especially those who love embarking on cruises (yes, even including cruises to nowhere) as well as short weekend trips to Bintan and Batam (after the Covid-19 situation has settled down).

Vivocity, the largest shopping mall in Singapore is just a stone’s throw away from The Reef at King’s Dock. Within its proximity are Harbourfront Centre, Seah Im Food Centre, Mount Faber Park and Resorts World Sentosa. The locational advantage will allow residents of The Reef at King’s Dock to enjoy “out-of-city living” while still living in the city.

The Reef at King’s Dock is currently being marketed as a luxurious development promising a sea view. However, it is interesting to note that the project is located along a waterway facing a neighbouring development, Corals At Keppel Bay. Hence, residents will only get to enjoy a partial sea view instead.

One downside of The Reef at King’s Dock is that there are no primary schools within a 1km radius. There are, however, 3 primary schools located within a 2km radius of The Reef at King’s Dock: Blangah Rise, Radin Mas and CHIJ (Kellock). Although Radin Mas Primary School might motivate parents with young children to move in, it may still be hard getting their children into the school itself due to the distance between the project and the school.

Keppel Land has developed various projects on different scales, ranging from small to large developments. Being an experienced developer, this will give buyers the confidence that the project build will be of a good standard.

Before purchasing a property, it is imperative to look at competition in the surrounding area as a project must be competitive compared to other projects. Every development is unique, hence it is difficult to find an apple to apple comparison. In the case of The Reef at King’s Dock, there are no new launches within a 1km radius. 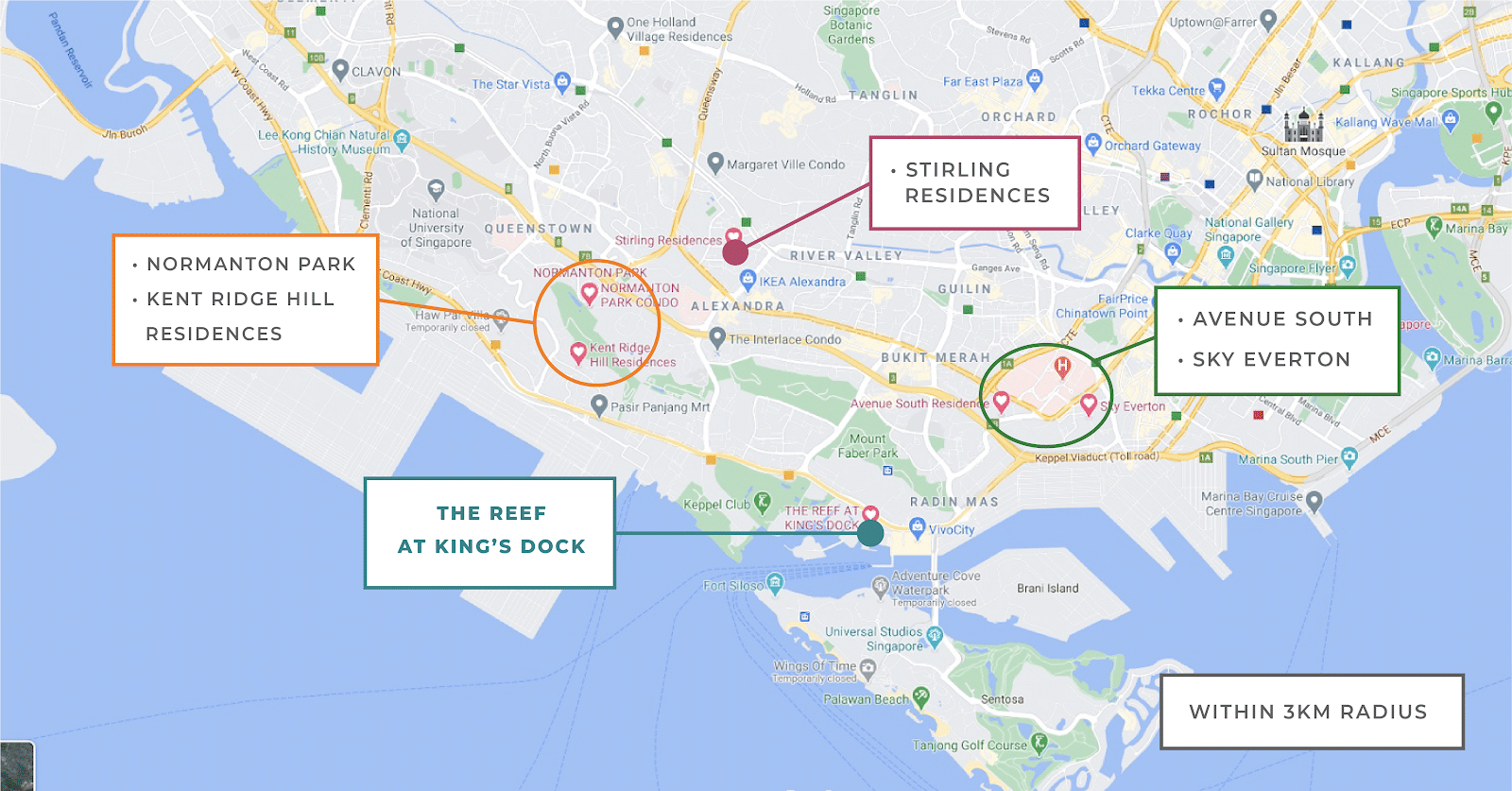 Zooming out to a 3km radius, there are several new launches in the area. However, these projects are not ideal comparisons as there are many other factors that will influence prices. Hence, let us look into the resale market as it will be a better comparison against The Reef at King’s Dock. 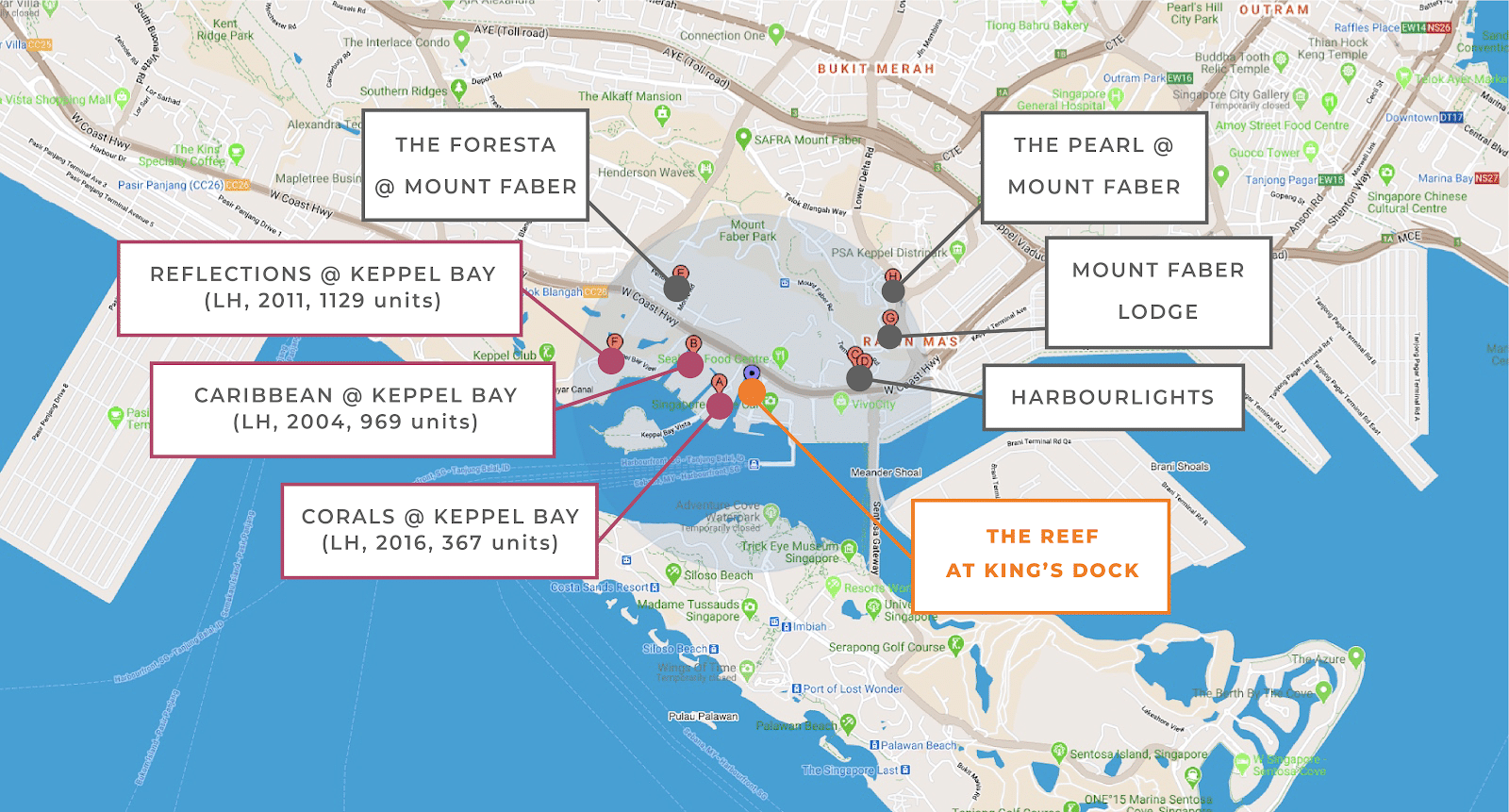 There are plenty of resale projects around The Reef at King’s Dock. However, many of them are small developments (less than 200 units) such as The Foresta @ Mount Faber, The Pearl @ Mount Faber, Mount Faber Lodge and Harbourlights. Small projects have lesser facilities and it will not be a fair comparison as the buyer’s requirements may be different.

A developer will usually only proceed to launch a new development after their previous projects have seen success, in terms of the take-up rate. Hence, this suggests that there continues to be a strong demand in the Keppel Bay area for Keppel Land to continue developing over the years.

For a fair comparison, we examine the prices based on unit types (1BR, 2BR and 3BR). Caribbean at Keppel Bay was excluded from the comparison as the tenure difference with The Reef at King’s Dock is more than 20 years.

There are still unsold units left at Corals at Keppel Bay. As such, we will look at the prices for units in the resale market as well as units from the developer directly. 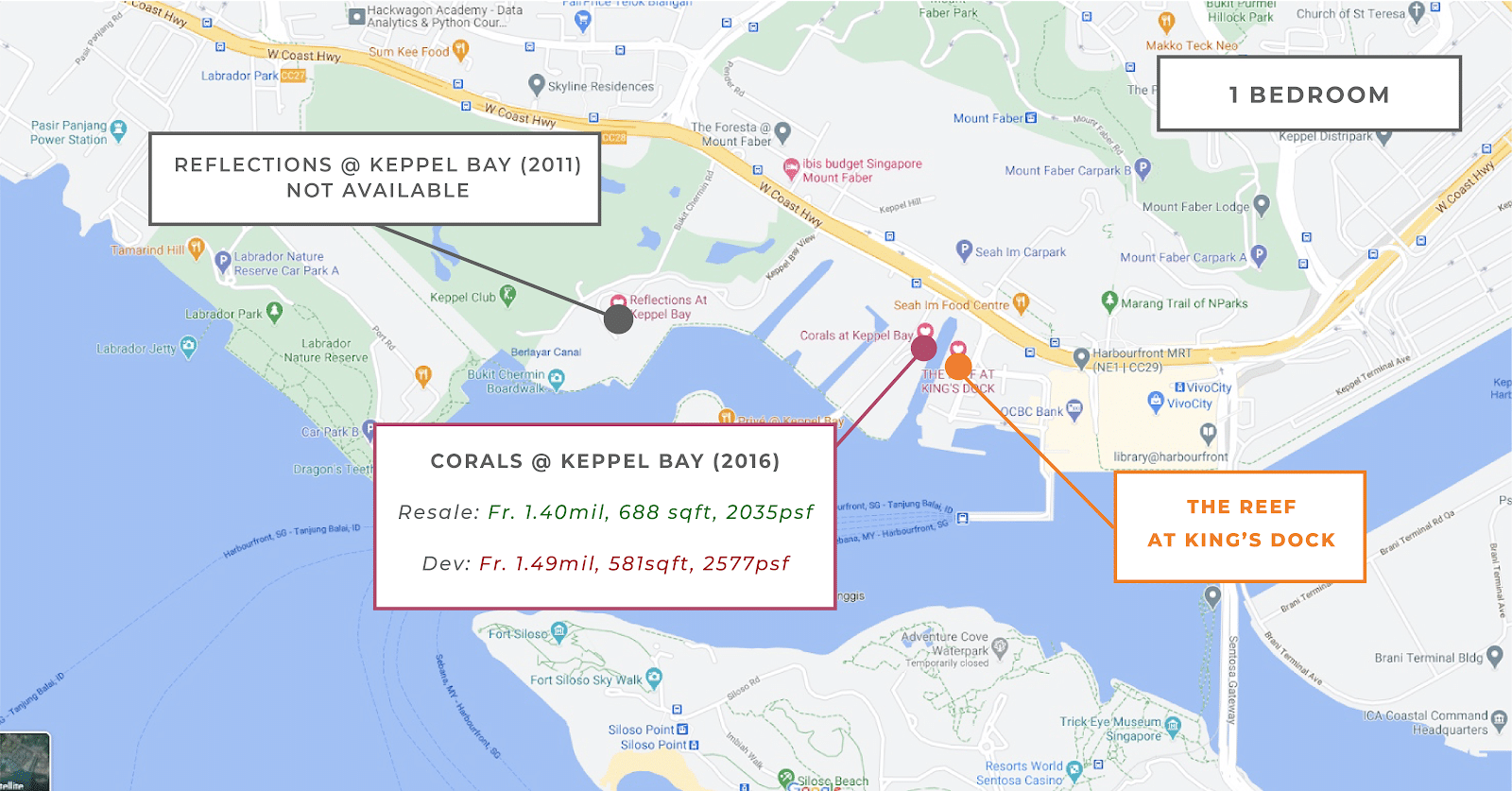 New launches typically command a price premium of ~15% compared to surrounding older resale projects. Based on this projection, the launch price for The Reef at King’s Dock will likely be S$2,600 psf or higher. This presents an opportunity in the resale market due to a more attractive price. 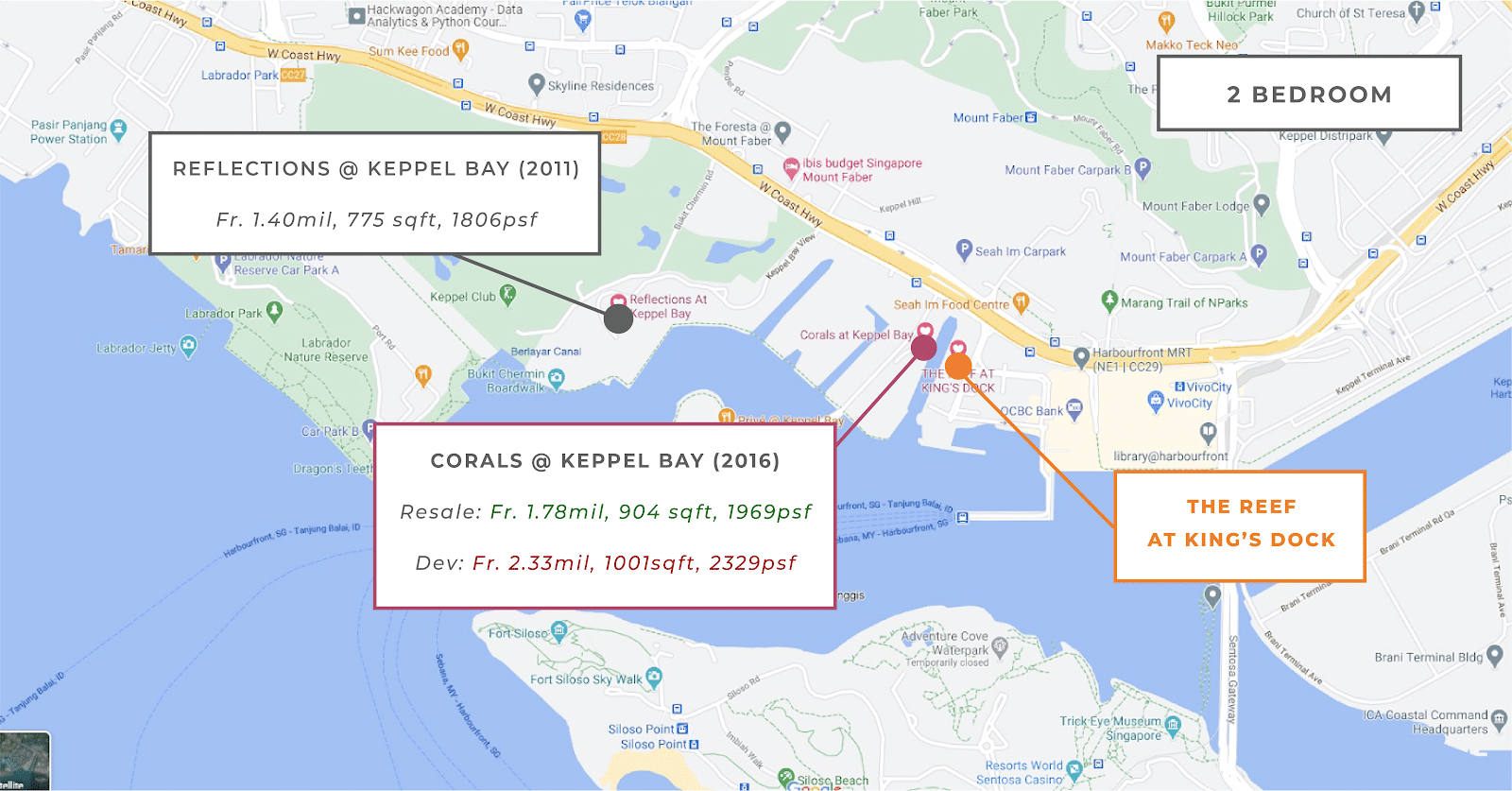 For 2BR and 3BR, we observed a similar trend, as with 1BR, in terms of the price gap between the resale market and developer units. 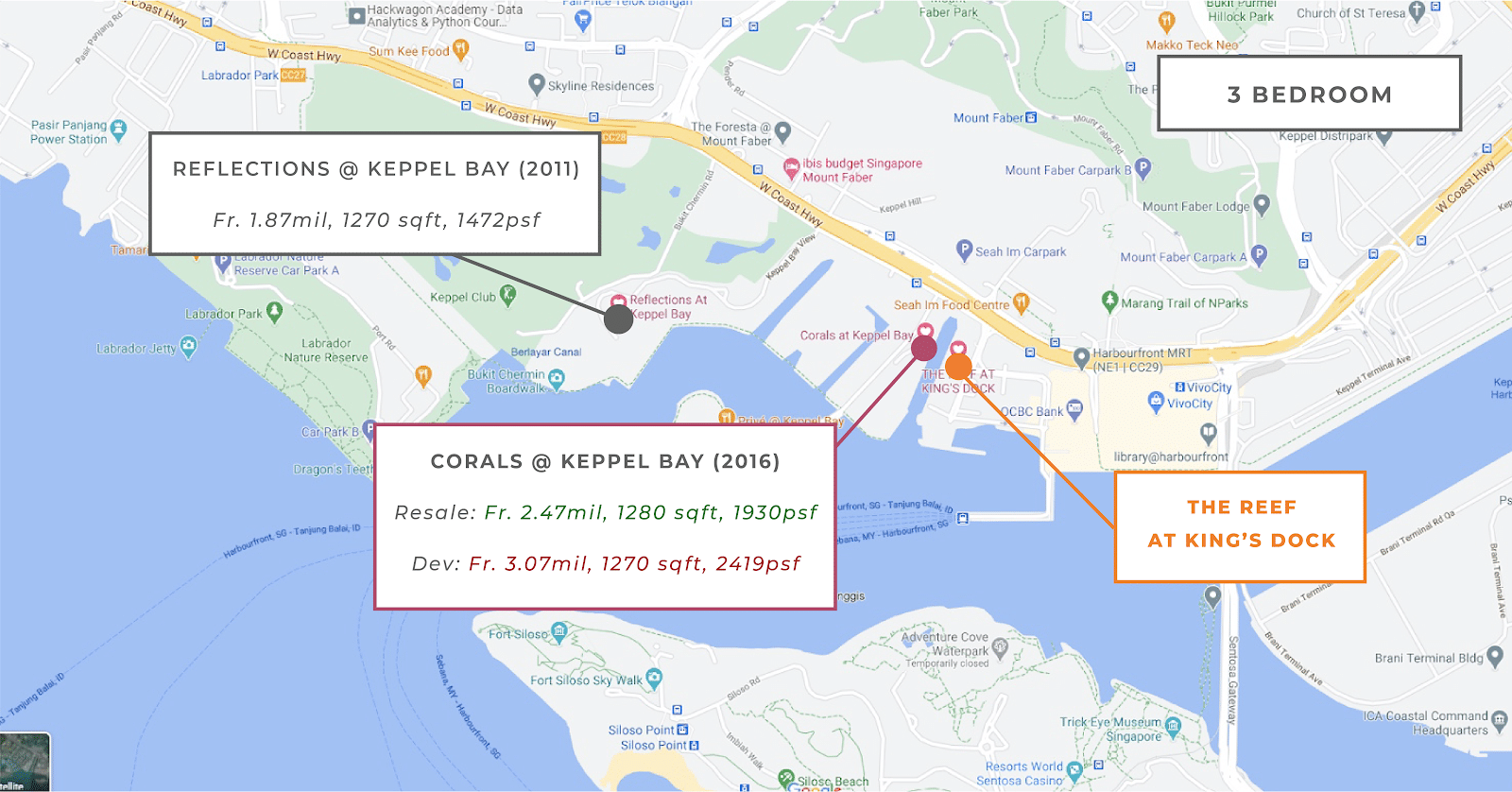 The resale market has a distinct price advantage in the Keppel Bay area and is worth exploring. On a macro level, the growth will definitely happen in the future once the GSW transformation has taken place. However, do take into consideration the waiting time for GSW to materialise, which will easily take 15 to 20 years. This may translate into opportunity cost.

In the short term, the only catalyst is Dyson’s new headquarters at St James Power Station, which will result in more employment opportunities. However, it is not drastic enough to have a large impact on the housing market.

The Reef at King’s Dock is a luxurious living development that seems more suitable for home stay. People who love sea views (albeit a partial one) and going for cruises will be more inclined to this project. From an investment perspective, The Reef at King’s Dock has the potential to attract tenants due to its attractive and convenient location. However, one will need to have the holding power to wait for the real growth to happen within the Keppel Bay area. 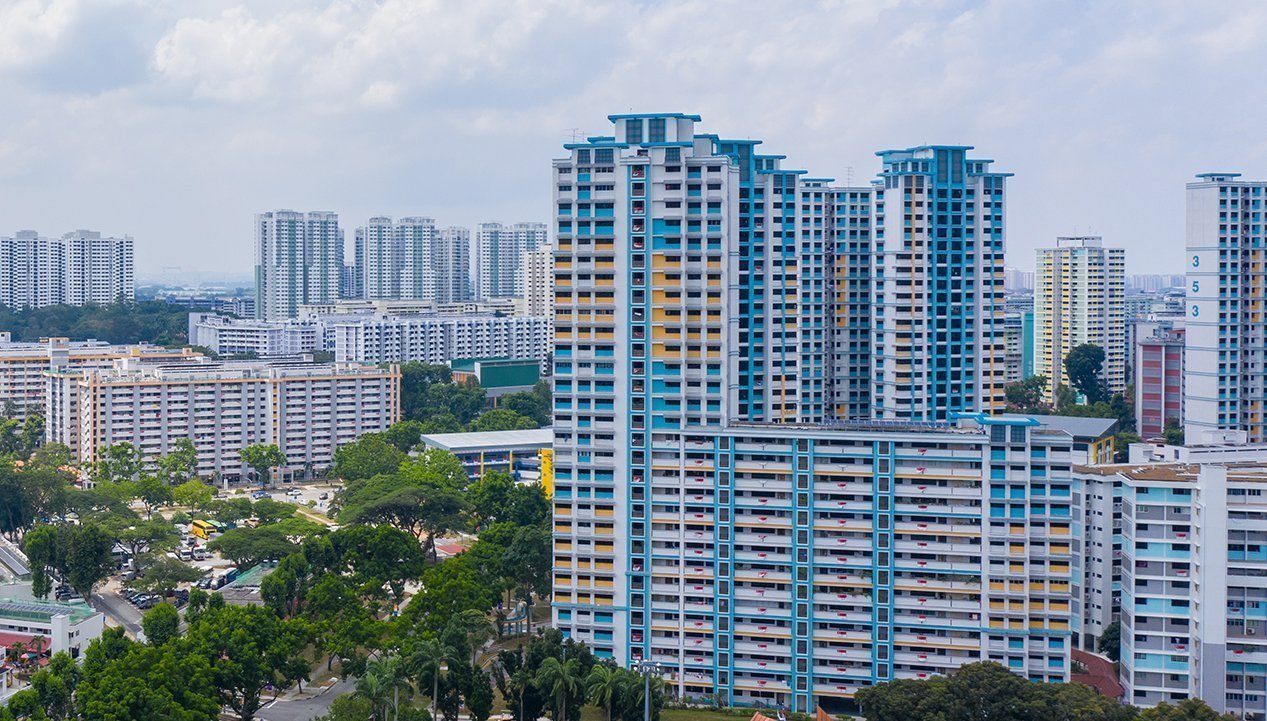 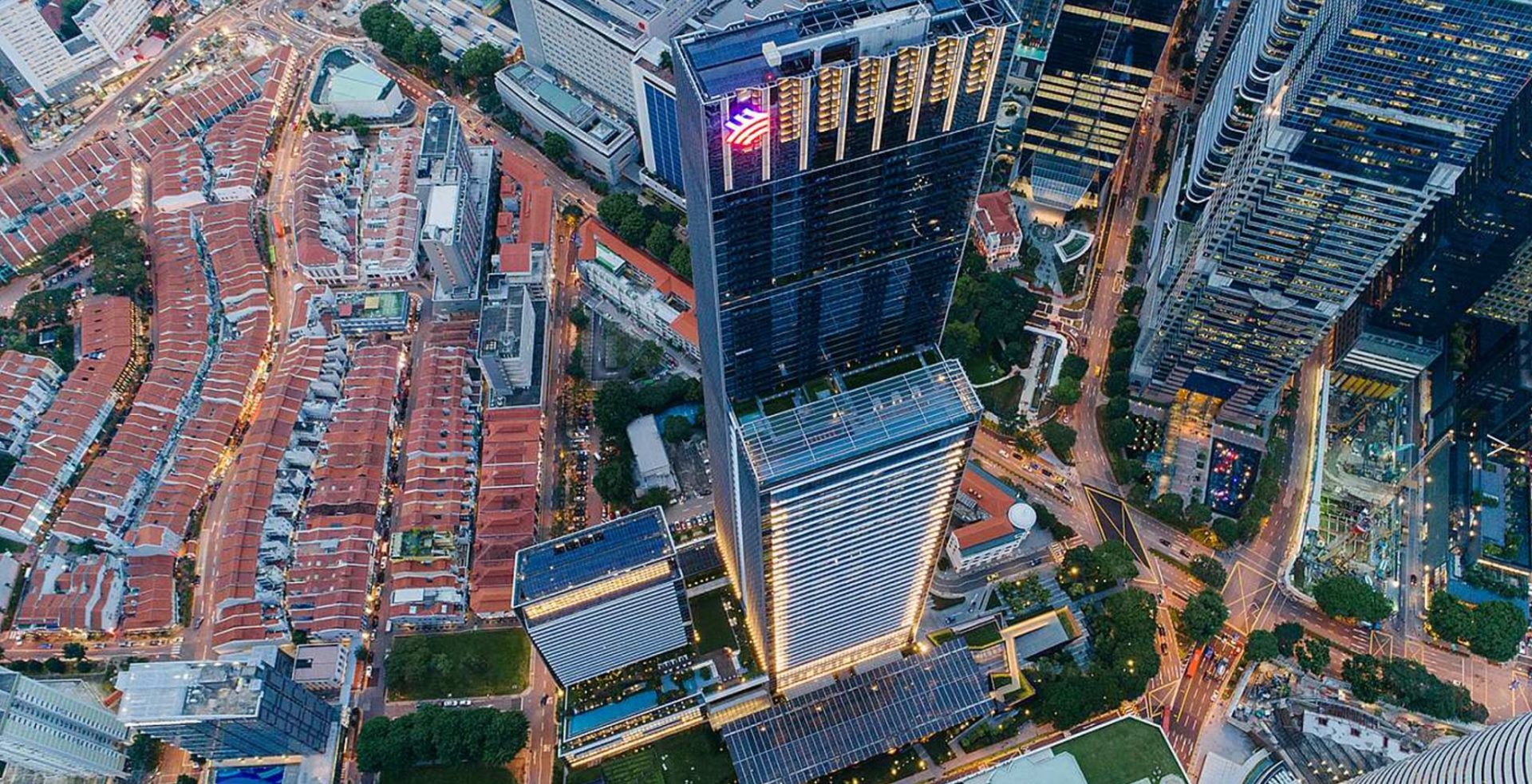 NextMidtown Modern Review: Along The Ophir-Rochor Corridor In The Heart Of Bugis